Whenever you’re browsing web pages, there’s a high probability that one or more bots are browsing that same page simultaneously as you. But, have you ever wondered – what are bots? And what’s their purpose? Are they harmless or can they cause damage, and should you be worried?

Don’t worry, we know there are a lot of questions to answer and unfold. That’s why we’ve written this article. We want to shed some light on what bots are and how they work. 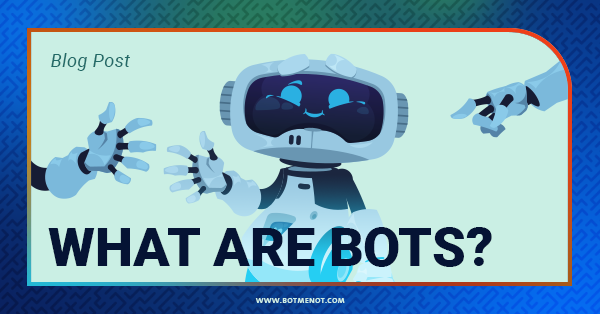 Whether you’re a website owner or someone who browses the internet a lot (and who doesn’t these days?) you should be interested in learning more about bots. So stick around and let us answer some of the most important questions.

So, what ARE bots?

First things first – let’s answer the question. What are bots?

An (internet) bot is a software application (sometimes referred to as a program) that performs automated tasks (on the Internet).

Usually, those tasks can be performed by humans, but bots are much more efficient and time-effective than when it comes to it.

In most cases, bots are given pre-defined instructions on how to perform specific tasks. This significantly reduces the need for human intervention, which only occurs when the instructions weren’t “clear” enough or when the bot encounters an unexpected obstacle while performing its task.

Bots usually perform repetitive and not too complex tasks. An example would be visiting a web page and performing an action.

What may come as a surprise is that more than half of the Internet traffic is made up of bots.

Bots themselves – as automated programs – can’t have an inherent “good” or “bad” attribute.

When talking about good and bad bots, we need to have in mind what their primary use case is.

This will decide whether we’re categorizing a bot as good or bad.

However, even then, there’ll always be a zone where we won’t be able to define whether something is good or bad. 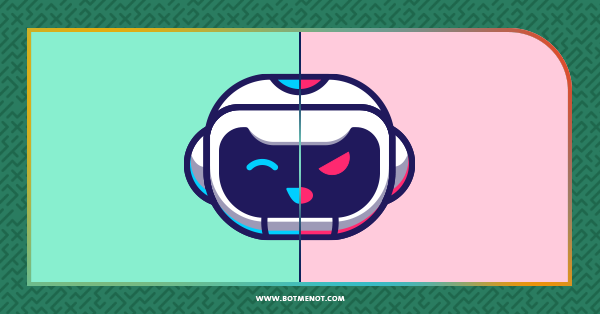 What are the good bots?

As we’ve already mentioned – bots can automate certain tasks and do them much more efficiently than humans.

Some bots can even interact with humans. The purpose of good bots is to save resources and make life easier for both customers and business owners.

Here are some of the most common bots that are commonly considered to be good:

What are the bad bots?

However, other types of of malicious intent include identity theft, crashing websites, exploiting security vulnerabilities, and more.

These are some of the most common types of bad bots today:

We’ve answered the question of what are bots and also listed some of the most common bot types.

With all this in mind, it’s clear why we should remain vary of how every individual website is protected or not from the bad (or malicious) bots.

We can know this with BotMeNot, a tool made specifically for evaluating how protected a certain website is from (primarily scraping) bots.